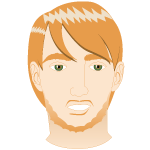 In legal terminology, "de facto" means in fact, whether it is right or not. In other words, it defines a certain situation that may lead to consequences, whether they were intended or not. This reference to intention can have a major bearing on the life of two individuals who have, for one reason or another, decided to become involved with each other. It can open up a can of worms in some cases and is a good reason for the said individuals to think very carefully before moving ahead. Why is this so complicated and what could the repercussions be in your case?

The Better Approach – or Is It?

Some people think that there is too much risk involved in getting married these days, just in case "something goes wrong." One may be the breadwinner and have significant assets, while the other does not, and in the early days, they may wish to keep it that way to a certain extent. Of course, the whole objective of moving forward is to make life better for both concerned, but if they have an informal relationship, then things cannot get out of hand should they separate.

This is often far from the case, however, as a court of law will often treat them as if they were married when it comes to the division of assets and other responsibilities.

Typically, a number of "pointers" will become evident, and they could be derived from something as simple as a social media account. Nevertheless, a great deal of information will typically be gathered and analysed before a decision is made.

What You Should Do

If you are about to embark on what could be a lifetime together on an informal basis, you should still commit your agreement to writing and get it witnessed by an impartial observer. Talk with a family lawyer first to help you draft this document properly so you can avoid as many of the potential problems associated with a de facto relationship as possible.